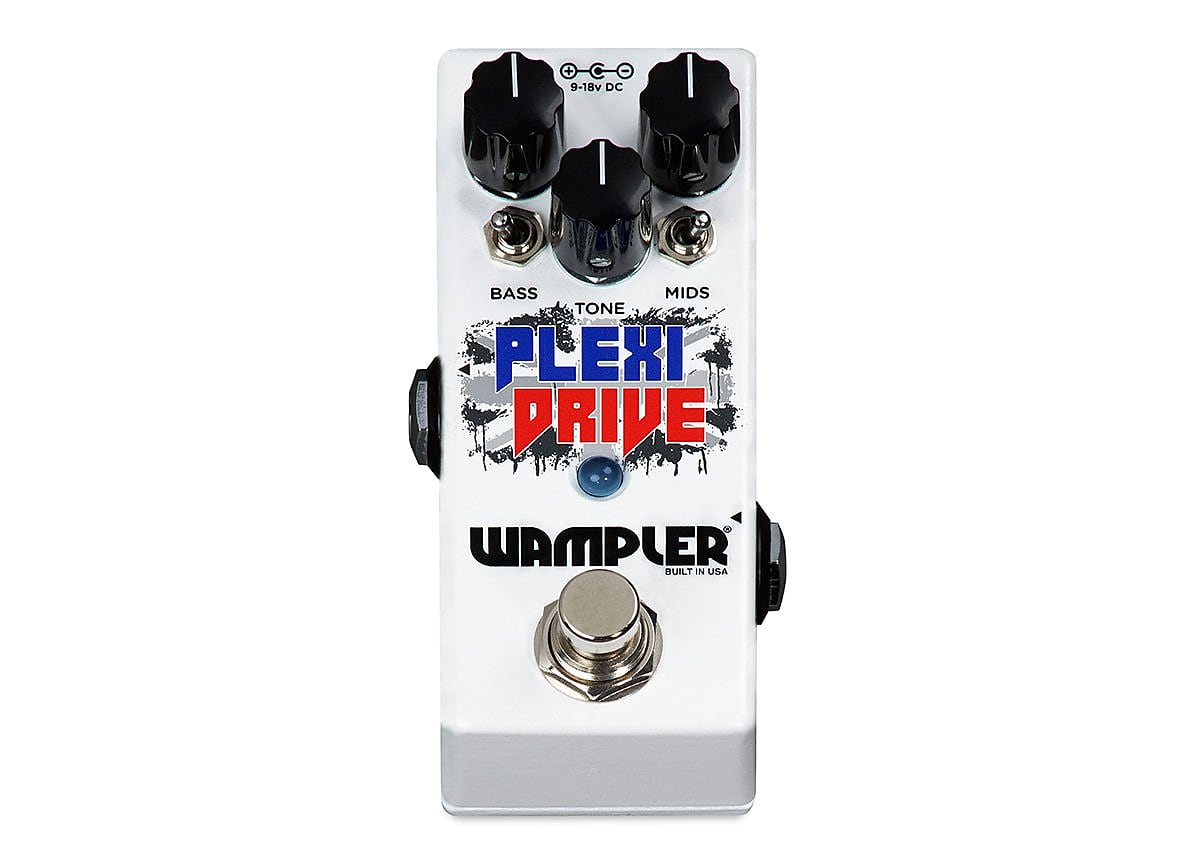 WE OPEN, Inspect, and Test All Guitars, Effects, Amplifiers, Etc

Our Instruments are Tuned, Cleaned, and Cared for Daily

First there was the Plexi-Drive. Then there was the Plexi-Drive Deluxe. Now Wampler Pedals brings you the all new Plexi-Drive Mini. Brian has managed to cram an improved version of the original Plexi-Drive circuit into a miniature housing and even added some new features. Since the early 60’s, Marshall Amplifiers® have led the way in rock tones with legendary crunch and punchy bass response.  Early rock legends such as: Jimi Hendrix, Led Zeppelin, Cream, and AC/DC helped in creating some of the most iconic rock tones ever and catapulted Marshall® into legendary status.

Like the original, the Plexi-Drive Mini’s unique gain structure covers everything from Vintage ’68 style Plexi tones to the all-out massive rock tones of a JTM-45® cranked to ten, or even eleven...The Plexi Drive Mini features a special Bass Boost switch which emulates the tonal difference between a 4x12 and 2x12 speaker cab. The all-new Mid Boost circuit switch, never featured on any previous Wampler Plexi style pedals, creates a warm throaty tube-like boost by tweaking several gain stages of the circuit at once. The combination of these switches with the Tone and Gain controls offer impressive tonal flexibility from a mini pedal. Many players love to run Tumnus, Clarksdale and other OD type pedals into the Plexi-Drive or Plexi-Drive Deluxe.  For the PLEXI DRIVE MINI Brian implemented gain stage and EQ changes within the circuit to approximate a similar response -the result is astounding.

Brian Wampler’s attention to detail and commitment to designing the best and most player-friendly products out there are second to none. Those qualities are on full display within the Plexi-Drive Mini pedal. From its convenient form factor to its true-bypass switching, the Plexi-Drive Mini is all Wampler.

• High-grand components selected for their superior sound and response

• Soft-touch footswitch will last for years