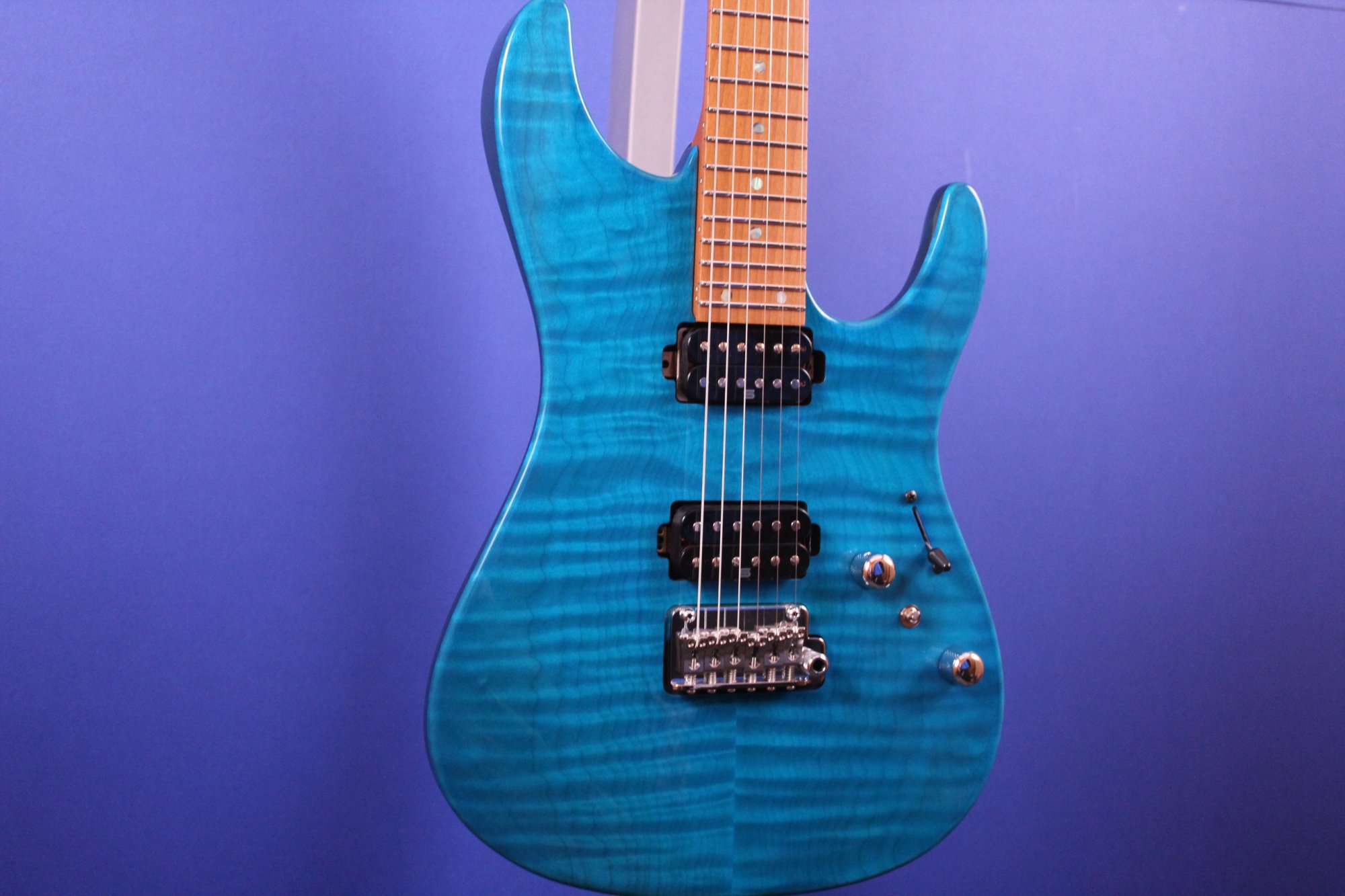 
"My name is Martin Miller, I'm a professional guitar player from Germany. For my whole life I've been surrounded with music and decided to pick up the guitar sometime during elementary school. During my late teens I decided to get serious about the whole guitar thing, went to conservatory for several years and later attended the renowned Carl-Maria-von-Weber college of music in Dresden. There I paid most of my dues in anything related to music and guitar. I got to play in a lot of bands with a lot of different musicians, an invaluable learning experience. After 5 years of academic studies, I finally received my diploma in guitar and music pedagogy in 2010. Right now I'm busy doing clinics and gear demonstrations all over the world, guitar and mixing sessions and I'm a regular contributer at Jamtrackcentral.com. My first solo album was released via JTC Records in 2013 and features a lot of very cool players (Federico Malaman, Ricky Quagliato, etc.). I'm also a member of the Tom Goetze Band, which we released a great live-in-the-studio album with named "Bass Shuttle". Starting from 2012 I did my first international tours featuring my original music exclusively, which also led me to countries outside of Europe such as the USA, Thailand and Russia. A while ago I've picked up work on a new band project that is going to feature Sebastian Lanser (Drums, Panzerballett) and Anton Davidyants (Bass, Impact Fuze). Along with that I also produced an album with Tom Quayle that is ready for a release in 2015. On top of this, Tom Quayle and I did a duo tour in 2014, doing concerts and clinics all over Europe and Japan. Lots of more dates for 2015 will be announced via our Facebook pages soon! (http://facebook.com/martinmillerguitar) Musicians I've performed, recorded and/or had lessons with: Federico Malaman, Riccardo Quagliato, Anton Davidyants, Gergo Borlai, Hadrien Feraud, Sebastian Lanser, Tom Goetze, Heiko Jung, Michal Skulski, Marius Leicht, Till Broenner, Stephan Bormann, Guthrie Govan, Marco Sfogli, Kiko Loureiro, Feodor Dosumov, Ricky Bertuzzi, Daniele Gottardo, Matthias "IA" Eklundh, Atma Anur, Stu Hamm, Tom Quayle, Rick Graham, Andy Wood, Wolfgang Schmid, Matthias Baetzel and many more." —Martin Miller—