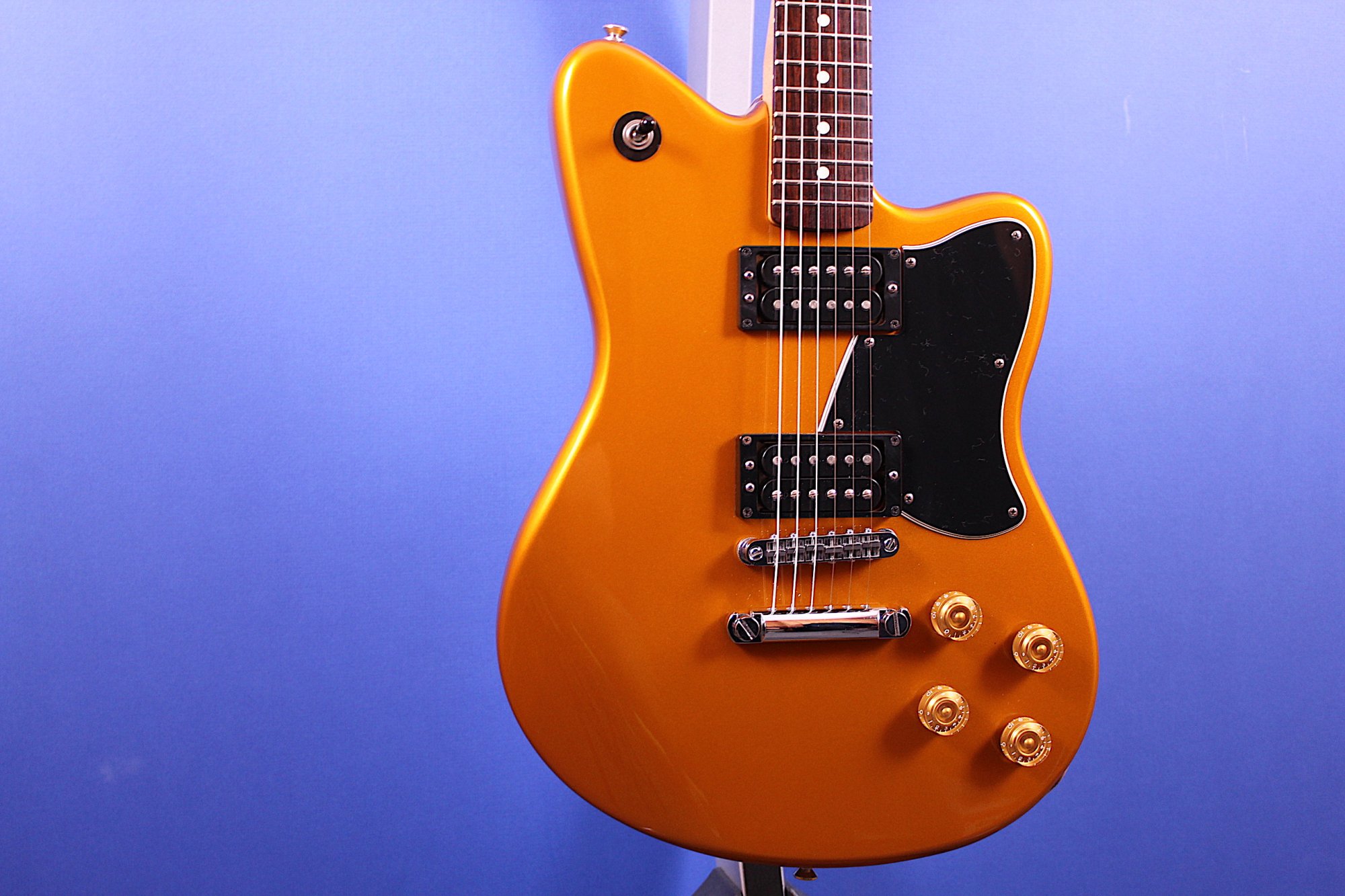 This Fender Toronado MIM was just traded in nice shape just a little fret ware but plays nice no issues. Some small scratches and on chip in the finish one the back near the neck plate. We would call this 8 out of 10 or very good condition . Comes with a Hard-Shell case but not a Fender in fair shape.


This model of the fender Toronado was reissued in 2004 and has several differences from '98-'03 models, featuring more modern colors like the Caramel Metallic color. The pickups are open-coil as opposed to the covered humbuckers featured on the earlier models. The body shape shadows the designs of Fender's Jazzmaster and Jaguar guitars. The Toronado also has a 24.75" scale length--an unusual feature on a Fender guitar, as this scale length is usually associated with electric guitars manufactured by Gibson. The 2004 models were discontinued in 2006 and are rare due to their short 2-year production span. I bought this from Strait Music in Port Angeles, wa but never used it so it's been in the gig bag they sold it with in my gear locker. One of the witch hats knobs was replaced with a white one and was like that when purchased.