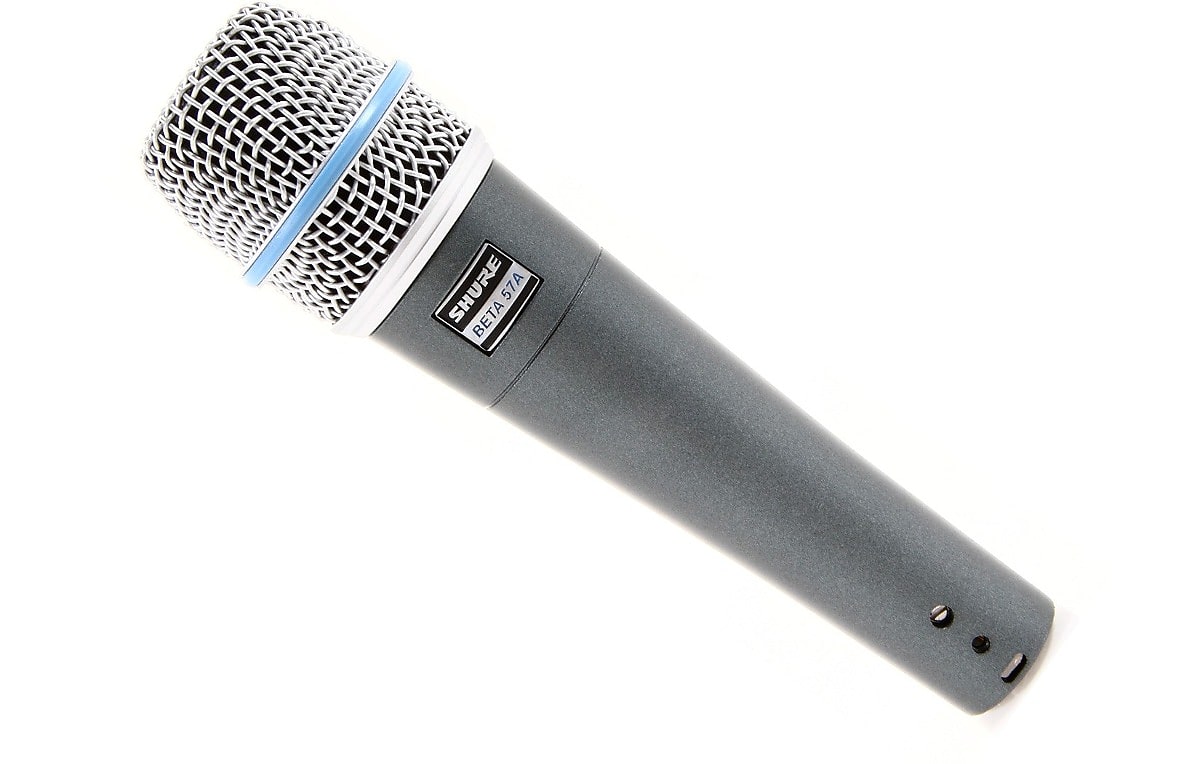 WE OPEN, Inspect, and Test All Guitars, Effects, Amplifiers, Etc

Our Instruments are Tuned, Cleaned, and Cared for Daily

You'd be hard-pressed to find a band that hasn't used the celebrated at least somewhere in their career. To this day, the SM57 remains number one for guitar amps and snares - both live and in the studio. Less well known, the Beta 57A is also heard on many classic vocal recordings – despite being intended for instruments.

Therefore, with such an impressive history, you might be left wondering what applications would call for its closely related cousin, the . In this post, we'll cover the facts to shed some light on the key differences.The simple answer is - it depends. However, there are some key differences which could aid your decision as to which one is right for you....

Just like the Beta58, the Beta57 has a super-cardioid polar pattern in place of the 57's cardioid design. As you can see from the diagram below, a cardioid microphone will reject best from the back while a super-cardioid microphone will reject better from the sides. The supercardioid polar pattern also has the added advantage of being more directional and therefore less susceptible to feedback when stage monitors are positioned correctly.The Grille

Perhaps the most immediately obvious difference – at least from a visual perspective – is the grille design. The SM57 does not have a full protective grille - but there's a good reason for this. In the absence of a protective ball shaped grille (like the one found on a 58) engineers are able to make full use of the proximity effect. Think about it: a typical ball grille adds distance from the capsule ; remove it, however, and you're able to position the mic much closer, and therefore add greater proximity effect to the signal.

The great thing about the Beta57, is that it offers the best of both worlds; it features a unique grille shape, with the full protection of a ball grill while still facilitating use of the proximity effect. Beta microphone grilles are also much harder in comparison to their SM counterparts, which makes them more difficult to dent. Perfect for touring on the road!

Thanks to the neodymium magnet, the Beta57 has an increased output level. This is great for getting the best possible signal into the desk and improving signal–to–noise ratio.

Both microphones feature Shure's unique . The Beta edition, however, is an advanced version - further reducing transmission of mechanical noise and vibration.

In isolation, this doesn't sound like a lot, but if you're buying in bulk to kit out a tour rig, this can soon add up. To further emphasise: there is little point in buying 10 Beta57's, when only 5 of your applications call for the additional features. Touring professionals will typically stock a combination of both, simply because they're suited to different applications.

In summary, the Beta57 is undoubtedly an upgrade for many applications, but it should not be regarded as an upgrade for all applications. For example, if your guitar amp has a particularly glassy tone, you might not necessarily want to emphasise this with an extended frequency response. Additionally, if you capture more bottom-end on a vocal or instrument, the added oomph won't necessarily work within the context of a full mix. It's important to consider what you want the final result to be; and by referring to the key differences in this post you should now be armed to make a more informed decision